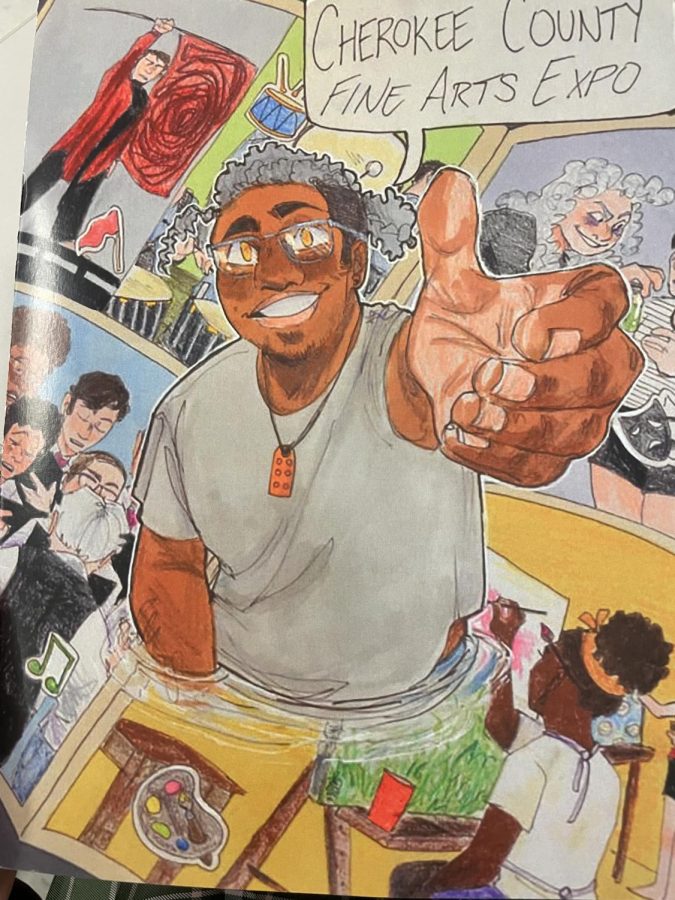 Around 7:10 to 7:25, the Middle Schools of Cherokee County performed the songs: Castles and Kings,” “Procession for A New Day,” and “Tanoan Echoes.” From 7:30 until 7:45 is when the High School Band of Cherokee County, which included students from Gaffney High and Blacksburg High, performed. They played the following songs: “Mad Dash,” “Arabian Dances,” Annabel Lee,” “MetroDance,” and “Crush.” Last performance of the night was the Elementary School Honor Choir. They sang the songs “Wade in the Water,” “Hush, Hush,” and “Over My Head.”

It was a incredible show and our GHS Parking Lot was full to the brim with proud supporters! Congrats to all students who’s art and talents were on display!