Behind the Mound: Gamecocks and Tigers Hit the Road 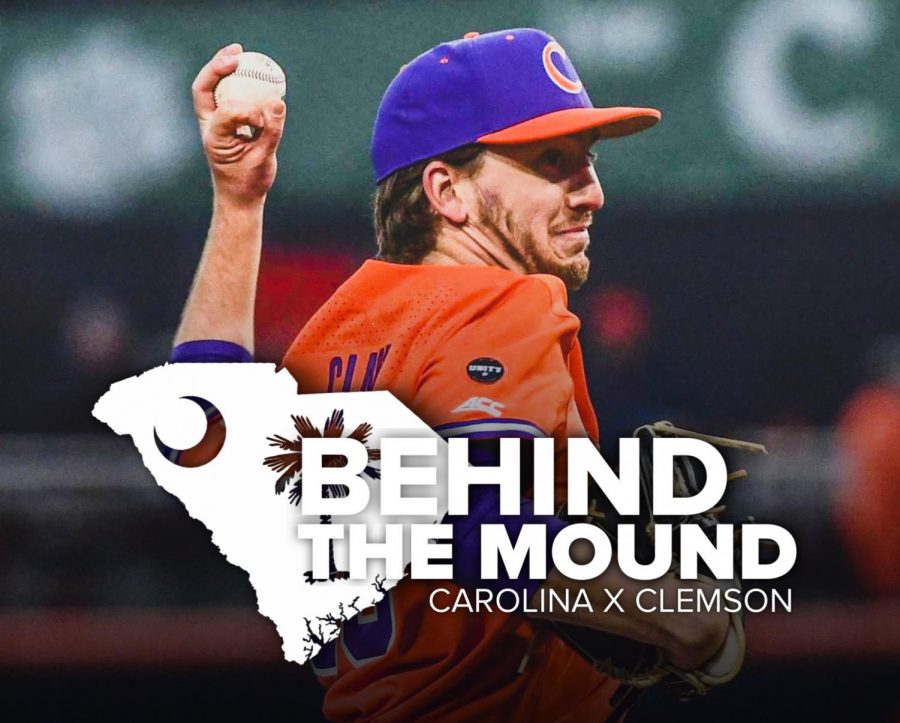 After an interesting weekend of College Baseball, the season continues this weekend with conference matchups in full force as teams look to hit their strides a month out from the first College World Series in two years. This weekend brought many ups and downs for Gamecocks and Tigers, as South Carolina won their series against Missouri 2-1 and Clemson lost their series to Virginia 1-2. After mixed weekends for the two in state baseball clubs, both teams will travel on the road for major tests and a chance to create momentum for Clemson and add to momentum for the Gamecocks of South Carolina.  The weekend starts differently for the Gamecocks, as for the first time this season South Carolina will begin their series on a Thursday, instead of the usual Friday.

Let’s go Behind the Mound and take a closer look at this weekend’s action for both teams:

After an overall impressive weekend for the South Carolina Gamecocks, they will head on the road to Baton Rouge, Louisiana to face the struggling Tigers who are looking to get a huge upset rebound this weekend against the Gamecocks. Make no mistake, South Carolina has been elite at home this year with only two total losses at home, but on the road is a different story, as the Gamecocks have been 5-6 on the road and overall, very inconsistent when not playing at Founders Park. Though LSU has been struggling as of late and is at the bottom of SEC Power rankings, the baseball scene in Baton Rouge is one of the best in the nation and no matter how good of a team you are LSU can and will show up on their home turf at Alex Box Stadium, home of 10,300 screaming tigers with yellow and purple face paint all over their bodies. Though South Carolina has been impressive as of late the LSU Bayou Bengals will challenge South Carolina and force the Gamecocks to play to their full potential and not let anything go. The key for South Carolina to win this series is winning the Game one matchup, as South Carolina was unable to do that the past two weeks, and though the Gamecocks ended up winning both series you absolutely must start on the right foot in Baton Rouge if you want to win a series and enter the Top 10.

Gamecocks win two out of three against LSU.

After a challenging weekend on the diamond for Clemson vs Virginia, the Tigers will head on the road for a chance to prove themselves and wash away the stains from losing a series to Virginia and then getting blown out at home by the College of Charleston Cougars, who’s head coach is the former head coach of the University of South Carolina. The Tigers have a chance to create momentum as conference play begins to hit its climax. Clemson will travel to Coral Gables, Florida to face a Miami team who has been in a slump as of late but are still a high-quality baseball club. The Hurricanes beat #1 Florida earlier in the season and since have begun to decline. Though all baseball games are a challenge and especially those on the road, anyone can win any baseball game, and it’s not over until the ninth inning is complete. The Tigers are outmatched and have been overlooked but it takes just one win to turn a program around, and Clemson can do that this weekend. The schedule doesn’t get much easier for the Tigers after facing Miami, as Clemson will return home for a series vs Wake Forest and then host one of the hottest teams in College Baseball, the Louisville Cardinals. After facing Louisville Clemson will host the hot USC Upstate Baseball Team who blew out the Tigers last go around. After hosting the Spartans, Clemson will travel to Atlanta to face another elite baseball squad, Georgia Tech. With a series win or sweep this weekend the Tigers can re-direct their baseball program and rebound before huge slates in the next few weeks.

Miami wins two out of three against Clemson.

The 2021 baseball season continues to be exciting, and action packed and will be sure to be that once again this weekend. The future is clear for the Gamecocks and Tigers, as both travel on the road for big time series. These series will determine what kind of season both teams have, as if the Gamecocks get a win this weekend in Louisiana, they will be a Top 10 team, and the Tigers can rebound and get back on their feet with a win in Coral Gables.