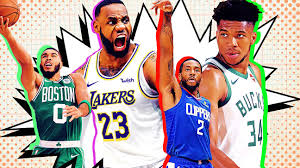 The National Basketball Association season was suspended indefinitely on March 11. This came after Utah Jazz center Rudy Gobert tested positive for Covid-19 before the tip-off of the Jazz-Thunder game in Oklahoma City.

The NBA season was finally able to restart on July 30 when teams were sent to an NBA “bubble” in Orlando, Florida. Only players, coaches, and team personnel were allowed into the bubble after being tested for coronavirus. Once they reached Orlando, all 22 teams were shut off from the rest of the world as they played games in empty arenas since no fans were allowed inside.

After playing several games to finish the regular season, the NBA moved on to the playoffs. The teams who made the playoffs in the Western Conference included the Memphis Grizzlies, the Portland Trail Blazers, the Dallas Mavericks, the Utah Jazz, the Oklahoma City Thunder, the Houston Rockets, the Denver Nuggets, the Los Angeles Clippers, and the Los Angeles Lakers. The Eastern Conference finalists included the Orlando Magic, the Brooklyn Nets, the Philadelphia 76ers, the Miami Heat, the Indiana Pacers, the Boston Celtics, the Toronto Raptors, and the Milwaukee Bucks.

The Los Angeles Lakers were able to beat the Portland Trailblazers and the Houston Rockets to advance to the Western Conference Finals where they will face the Denver Nuggets, who were able to win against the Utah Jazz and the Los Angeles Clippers. The Miami Heat were able to win against the Indiana Pacers and the Milwaukee Bucks and will face the Boston Celtics in the Eastern Conference Finals. The Celtics had to beat the Philadelphia 76ers and the Toronto Raptors to reach this position.

It is projected that the Los Angeles Lakers will win the 2020 NBA Championship under the leadership of LeBron James and Anthony Davis.