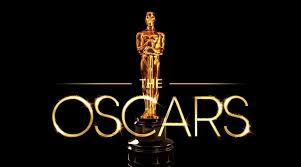 On February 9th, 2020 at Dolby Theater in Los Angeles, the 92nd Academy Awards were held, honoring directors, producers, actors, and more and their part in the film industry.

It was a eventful night filled with awards and performances. Kicking off the night Chris Rock and Steve Martin made jokes. One laughable comment made by Chris Rock was:  “Jeff Bezos is so rich he got divorced and he’s still the richest man in the world. He saw ‘Marriage Story’ and thought it was a comedy.” Steve Martin made a political joke when he said, “A couple of years ago, there was a big disaster here at the Oscars, where they accidentally read out the wrong name. And it was nobody’s fault, but they have guaranteed that this will not happen this year because the Academy has switched to the new Iowa caucus app.”

All jokes aside, many great things happened last night, starting with the most important award for the night: Best Picture. And for the first time in history, Best Picture was awarded to a film that wasn’t in English. The South Korean film, Parasite, was given Best Picture. Along with that, Parasite won Best Original Screenplay, Best International Feature Film, and Best Picture. The history made could alone make the night one of the best Oscar’s thus far.

Performances included one from Eminem, which got a standing ovation from the crowd. This surprise performance included Eminem rapping “Lose Yourself.” This left the crowd speechless and moved, yet the internet questioned it. A interview with him revealed that he had taken the stage because in 2003 he won a Oscar for the song after it was featured in his movie, 8 Mile, and he was not there to accept it. This performance was shocking to everyone, but loved by many.