Captain Marvel Soars to the Highest Heights of the Marvel Universe

A Review of the Film (NO SPOILERS) 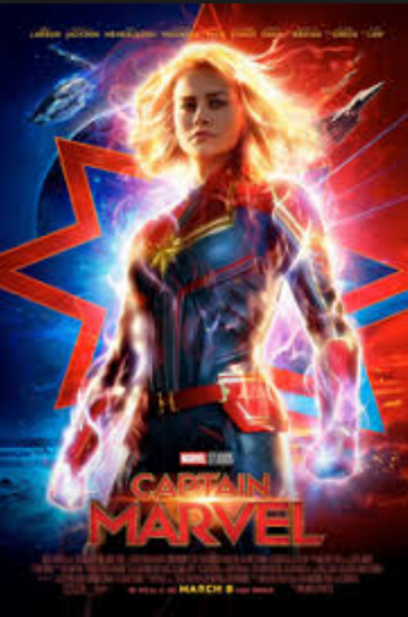 The debut weekend of Captain Marvel was one the most successful Avengers movies to date, grossing $455 million dollars at the box office. That is the sixth most successful opening weekend of all time, just beating Star Wars: The Last Jedi. Even though not much hype surrounded Captain Marvel in the mainstream media, the film still beat the more well-known and anticipated Wonder Woman.

I viewed the movie with absolute astonishment. I wondered after the film how I could not have known more about this incredible heroine. The movie not only vivified the lesser-known comics of Captain Marvel but also enriched her story line.

Indeed, the incredible screenwriting sets this movie apart from all the others of the same genre. There is a usual formula for an Avengers movie, all of which Captain Marvel defies. To the calloused, cynical geek, the film may appear as just the backstory of yet another hero destined to join the Avengers and yet another set-up for Avengers:Endgame. In short, if the reader is a seasoned veteran of the box office, Captain Marvel may still yet hold more surprises and laugh-out-loud moments in store than he might expect.

It is fair to say that the film surprised me beyond the fact that I knew very little about Captain Marvel as I sat down in the theater for the movie to begin. I was also very skeptical at first, but as a cinema buff, I had to see the film.

I have overlooked other Marvel movies in the past in terms of reviews because I would have rather sought out better flicks than review popular movies that were really boring to me. While watching Ant-Man and Wasp, I kept looking at my watch periodically– I forgot that my watch was on my wrist during Captain Marvel.

This was not just a motion picture for children. The plot, in fact, flowed with a more complex pattern than some hefty novels, but unlike, perhaps, a valid criticism of some Avengers movies, the events meshed and made sense. If a five year old constantly asked questions about the plot and characters of Captain Marvel, the average viewer could answer readily. That aspect makes the film family-friendly. It is within reach of young viewers to comprehend and learn a few lessons.

The morals of the movie are sound, both the implied and explicated. Here, many may compare the film to Wonder Woman as they both have female superheroes in the title and mainly in the movie. Wonder Woman and almost all other D.C. Comics movies lack any sort of deeper meaning. While Wonder Woman attracted many women to join the superhero craze, the picture did so simply because Wonder Woman is the most famous cultural symbol of “girl power.” Even worse than the usual, bland D.C. formula, the character of Wonder Woman is revealed to be a literal demigod by the end of the plot. That is not relatable– in the same way that Superman is not relatable in his more audacious and simplistic showings at the cinema. Captain Marvel, however, at the climax of the film, responds to the villain with a message like “You’re right– I’m only human, but now I am free” (not an exact quote). Though the line itself may have been cliche in retrospect, that dialogue felt like the most powerful moment of the movie, and for that, it passes the Hitchcock’s “fridge logic” test.

Another valid critique of Marvel movies is that they require a lot of foreknowledge on the part of the viewer. To enjoy Captain Marvel, the attentive cinema-goer need not have watched any Marvel movies in the past. Still, Marvel has to keep an in-crowd for the uber fans in the theater by including some Easter eggs which the average person may not notice. The movie has immense implications for Marvel Cinematic Universe, too.

I give Captain Marvel an 8/10. It was a breath of fresh air and a good appetizer for Avengers:Endgame.